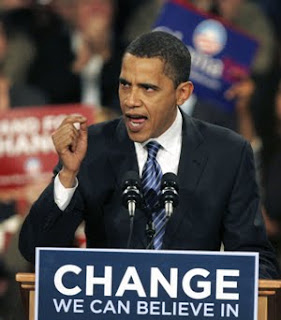 “Your excellencies, ladies and gentlemen,

Everyone in this room is confronted by voices urging us not to act. There are those whose immediate interests would be damaged by the action we need to take. There are those who do not wish to confront the uncomfortable truths we must discuss. But the threat of climate breakdown transcends the usual political demands.

All those of us who are elected to high office dream of a time when we might do what is right, rather than what is expedient. All of us dream of being statesmen, rather than mere politicians. But when those opportunities arrive, all too often we duck them. There are too many political favours to return, too many powerful interests to appease. We cannot allow this to be one of those occasions.

Most of us have agreed on the ultimate goal: to prevent more than two degrees centigrade of global warming. But it should not be left to the poorer nations to remind the rich world of what its own scientists say. Even the most ambitious cuts the wealthy nations have proposed cannot meet our goal. They are likely instead to deliver three or four degrees of warming, threatening many of the world’s people.

So I have come here to propose two policies which could meet the challenge our scientists have identified. This is the first. I hereby commit the United States to cutting greenhouse gases by 50% against our 1990 levels by 2020. I commit to this cut regardless of what other nations might do, but I urge you to compete with me to exceed it. We should be striving to outbid each other, not to undercut each other.

I recognise however that even this measure cannot guarantee that we stay within the two degree limit. Eventual global temperatures will be set by the accumulation of carbon dioxide in the atmosphere. The best scientific estimate is that we can afford to burn a maximum of 60% of the carbon stored in the world’s current reserves of fossil fuels(1). A safer proportion would be 40%.

These policies will present the United States with a formidable challenge. But my country, with its great wealth and deep reserves of ingenuity and enterprise, is better placed to respond than any other. When the United States entered the Second World War, it was unprepared for the challenge presented by its enemies. But within six months we turned the economy around to meet it. By the middle of 1942, more than 1000 automobile plants in the US had been converted to manufacture weapons. Ford was soon turning out a B24 bomber every 63 minutes, GM took just 90 days from a standing start to begin the mass production of amphibious vehicles(2).

Today a similar technological revolution is required. Just as in 1941, we can rise to it, but, with the benefit of modern methods and materials, even more quickly. No longer will the United States, which has long been in the forefront of every one of the world’s technological revolutions, be left behind in the most important race of all.

The transformation I have announced today will not be painless. Some people will lose their jobs, some companies will lose the value of investments they have made. But, as with all such revolutions, this is likely to create more jobs than it destroys.

I have no illusions about the resistence these proposals will encounter. This will be the political battle of my life. But I know it is a battle worth fighting. If I duck it, future generations will never forgive me, just as they will not forgive anyone in this room for failing to rise to our greatest challenge. This is the battle we owe to our children and to their children. This is the time to do not what is expedient, but what is right.”